It has been almost four years since I was an intern at the Roosevelt Study Center – how time flies! A lot has changed since then, including the name and functions of the Institute. With regards to changes in my working life; after a small detour in the financial sector, I am now working in a sector that sometimes intertwines with the field of American Studies. I work as a project manager at the Nederlands Debat Instituut  (Dutch Debate Institute)

Our aim is to further develop a culture of debate in The Netherlands, by training people in all facets of rhetoric and verbal persuasion. In addition, we provide moderators for every type of event and for all sectors. As a project manager, my role is not to moderate or train, but to coordinate everything else comes with organising events or training.

Sometimes we like to organize evenings at the Debat Instituut that are both fun and informative. This is a nice way to keep in touch with our clients. These events are usually linked to current affairs. Ahead of the American presidential election of 2017, we hosted an evening titled “How to Tackle Trump” focusing on Donald Trump’s confusing rhetoric and sophistries and how to best refute these. This was a great success. Unfortunately it was not successful to the extent that Trump was actually verbally tackled by his opponents.

Moreover, when Season 5 of “House of Cards” was released, we dedicated an event to “Framing like Frank” as Frank Underwood (portrayed by Kevin Spacey) is a master in framing his message a certain way. His frames are bandied about in the series, sometimes to portray a more vivid image of something Underwood wants people to vote for, other times to lure his colleagues into shady deals.

My job therefore combines some theoretical aspects of American Studies with more hands-on tasks that come with being a project manager. This is perfect since American Studies is still a passion of mine, but I wanted to explore the business sector as well.

Since I haven’t had a lot of luck with finding a ‘real’ job yet, I decided to use this time of few obligations and lots of opportunities to travel to the US for a month. The direct reason for going was to visit some friends of mine, whom I met during my exchange in Pretoria, South Africa. Since they live in Iowa, I thought this would be the perfect time to explore the Midwest. Ever since I studied the 1930s with its Great Depression, Dust Bowl and FDR’s New Deal policies, I was excited to see for myself what the area was really like, and if there are any traces left from that period. I ended up flying to Chicago with a friend of mine, where our journey began. The Windy City was amazing and very rich in its cultural diversity. Then, we Ieft for Madison, Wisconsin where we spent a couple of days, staying with a very nice couple who showed us around, took us for a sunday morning breakfast with Bloody Marys and lent us their camping gear. We spent a couple of days camping and enjoying the Wisconsin outdoors around Baraboo and the Wisconsin Dells. After that, we went down to Des Moines and Dubuque, Iowa to visit our friends there. Here, we even went to the state fair, which was quite an experience. The food specialty of the year was fried butter on a stick, just to give you an idea. I continued the journey by myself, and went to Minneapolis and St. Paul. The Twin Cities were very interesting. Minneapolis offered a great variety of museums and hipster cafés while St.Paul has a more European and cosmopolitan atmosphere, and of course I did not leave without paying a visit to the Mall of America. Before going to my last destination, Milwaukee, I traveled to a small university town in Minnesota called Winona where I visited some more friends. In Milwaukee I ended my wonderful stay in the US with a visit to one of the many beer breweries.

This trip has given me the opportunity to discover even more about the US and American history and has confirmed and illustrated a lot of things I learned while studying American Studies. Among others, I found out that ‘Minnesota nice’ is not only a concept, people are actually really nice and hospitable and Chicago is not called ‘the Windy City’ because of its weather. However, one of the most striking things that I discovered, is the position of public utilities in the country. I knew that the US was not comparable to the Netherlands in this respect, but I could not wrap my head around the fact that there is so little interest in spending public money on public works. A great share of the most important additions to public services such as bridges, dams, post oces, schools and roads still dateback to the New Deal era. Moreover, in a lot of areas, the last big investments in transportation, energy and other structures were done in the1960s. As a consequence of this lack of sucient maintenance, structures can collapse such as the I-35W Mississippi River Bridge in Minneapolis, killing 13 and wounding 145 people. Another example of lack of maintenance and investment is the current quality of internet in the US. Yet, some states and counties do offer creative solutions to substitute for public funds. In parts of Iowa, I came across signs saying that a certain part of the highway was adopted by a specific company, school or organisation. This way, keeping the highway clean has become a private task instead of a public one. A truly American solution to a problem resulting from a true American philosophy that is probably not even considered a real problem by many Americans. 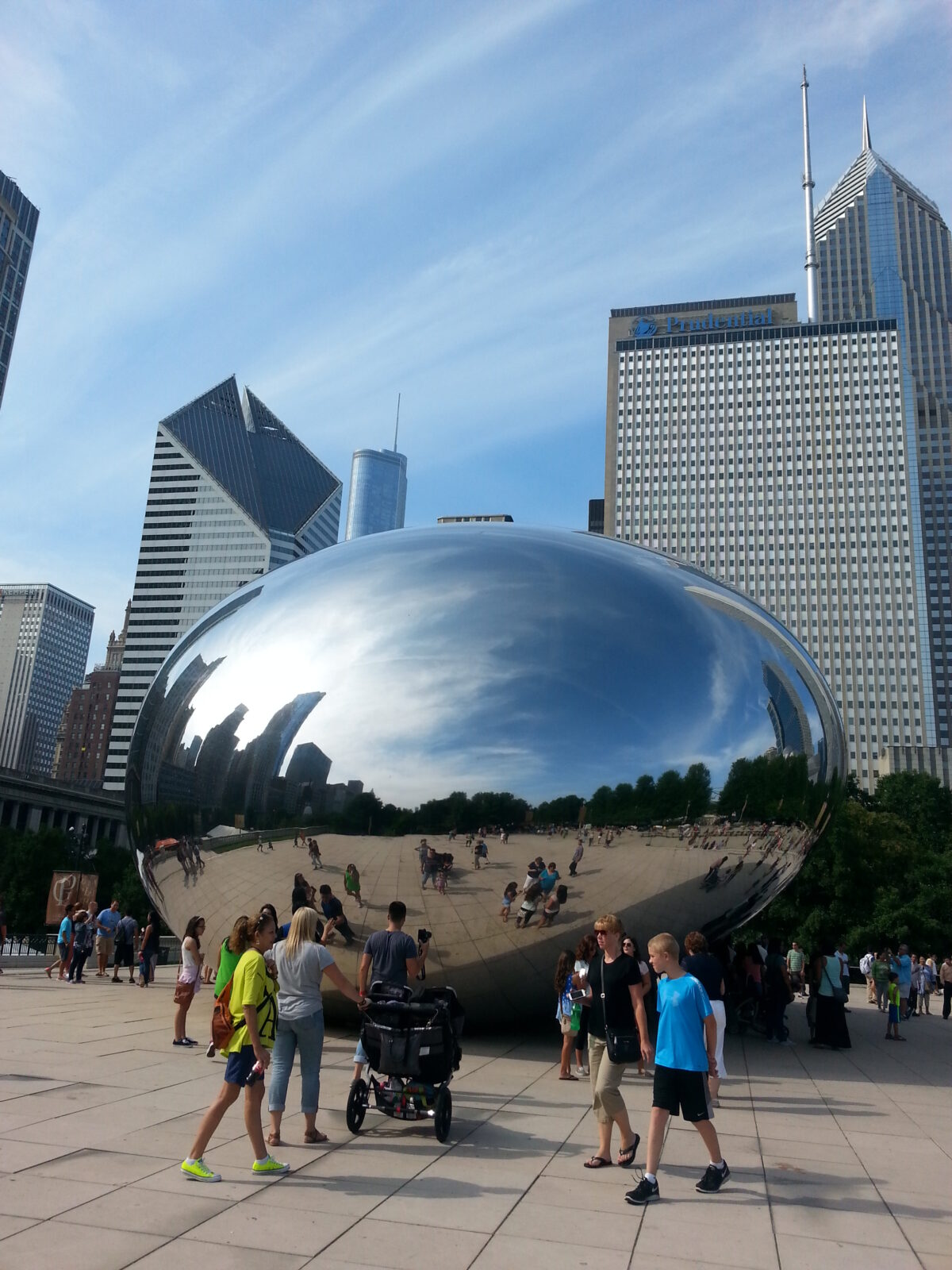